I promised pictures. I only took four today, I'm gonna post them all.

While walking to the Exploratorium, we saw this! Very cool: 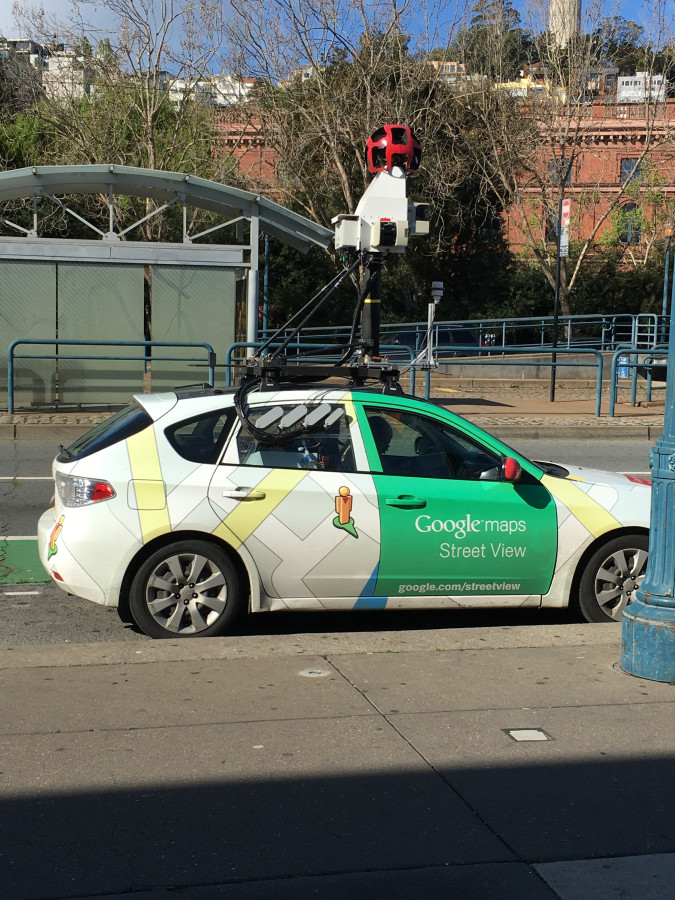 I spent much of today in the Library of the Exploratorium. Scott was looking at books there, and I was hanging with Bucky. And reading stuff on my iPad.

At noon, Scott did a brown bag get together thing with the staff. Here's a picture I took as he was getting ready to start: 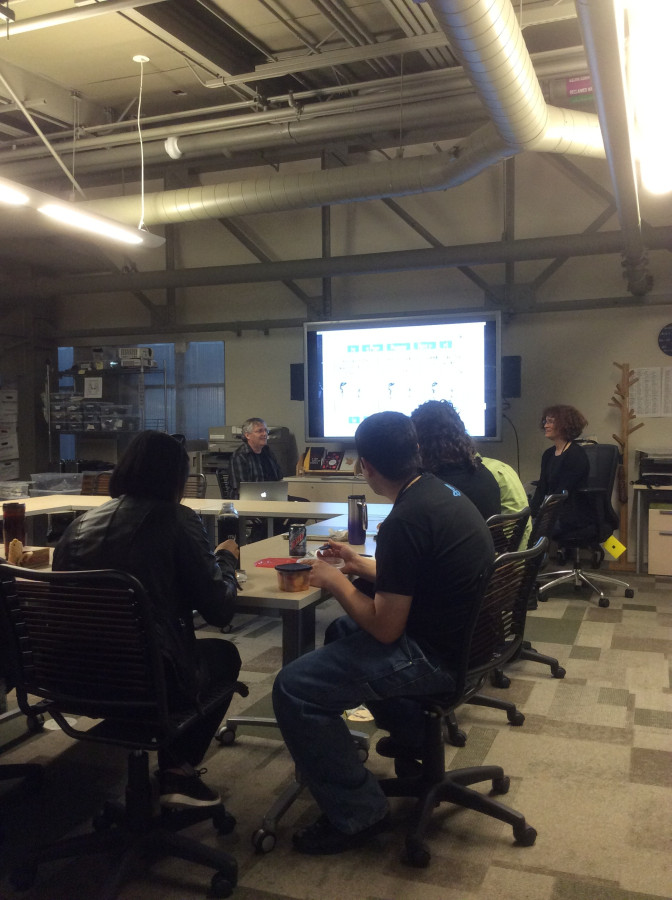 And here's more of the audience: (Sitting next to me is Larry, whose name will come up again, shortly)

After the lunch talk, Scott and I had lunch. I know, such excitement.

By now Scott's mouth was hurting again, so he went back to our hotel while I stayed with Bucky back in the library. This got weird when a meeting moved in. I enjoyed eavesdropping, but I couldn't move since I had Bucky but not his leash (it was in another part of the library, I had to go past their meeting to retrieve it, if I did, Bucky would get upset). Eventually Scott returned and rescued me.

Then it was off to a reception in Scott's honor. It was supposed to last 90 minutes, but was still going strong an hour after the scheduled end time! We left then so I could feed poor Bucky, who had been wonderfully patient.

Then we met up with Larry (told you he'd be back) and had a great dinner with him. Our conversation was engrossing enough that we closed the restaurant!

And now it's after 11pm and we're going to bed. I leave you with a picture of Bucky being regal: